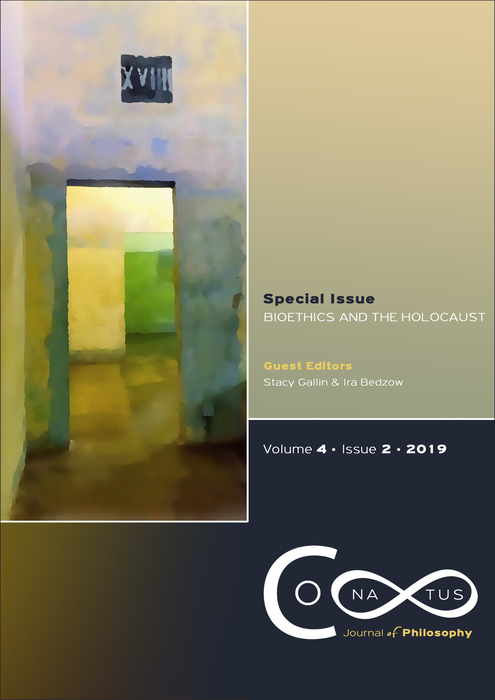 What the Nazis called Aktion T4 was a euthanasia program, officially started on August 18th, 1939. The registration operations for individuals with physical or mental handicaps were followed by forced sterilization and transfer to clinics organized to kill. In this article, I try to explain the mechanisms that allowed the memory of Aktion T4 to be preserved and passed from one generation to the next; memories of the “merciful death” of approximately 70,000 “lives unworthy of life,” that find themselves embedded in family records and family history. In the first section, I summarize the discussion that resulted from the theories of Charles Darwin and Francis Galton. Even if those theories do not in any way allude to the consequences that we have witnessed decades after their publication, they started a debate about the value of life and the legitimacy of human intervention in the selection of hereditary character traits, as well as the concept of race and the different methods and forms of theories and eugenics that were later adopted in Europe and in the United States. In the case of Germany, translated into Rassenhygiene, those concepts flowed into the Nazi project of purification of the German people. Through interviews with families who had a relative interned in one of the program's clinics spread across the Reich territory between 1939 and 1945, I investigate the evolution and passage of memories stored within the family sphere, paying attention to the generational steps and processes of trauma. These stories are born from a complicated process of reconstructing these memories via interviews. Their recollections were full of painful silences and negations, similar to the thought process which led the victims to live in a condition that they could not understand, and separated them from the world before they were each made to face a solitary death, far from any contact with their families. The trauma that I analyze concerns actions that had been carried out by previous generations; in the majority of cases, younger generations were not aware of the destiny of their murdered relatives and therefore tried to rebuild the stories of people who they never had the opportunity to meet. I examine the problematic relationship of those being interviewed with the end-of-life issue and also the sense of guilt which is generated by the awareness of crimes that were committed. Aktion T4 was not a crime committed outside the national borders, nor a crime that extended beyond the private sphere to the “others.” Instead, it existed within the most central and intimate place of Nazi culture: the family.

Authors retain copyright and grant the journal right of first publication with the work simultaneously licensed under a Creative Commons Attribution Non-Commercial International License (CC BY-NC 4.0) that allows others to share the work with an acknowledgement of the work's authorship and initial publication in this journal.

Authors are able to enter into separate, additional contractual arrangements for the non-exclusive distribution of the journal's published version of the work (e.g. post it to an institutional repository or publish it in a book), with an acknowledgement of its initial publication in this journal.

Authors are permitted and encouraged to post their work online (preferably in institutional repositories or on their website) prior to and during the submission process, as it can lead to productive exchanges, as well as earlier and greater citation of published work.

Erika Silvestri was born in Rome, where she specialized in the history of Nazi Germany and the crimes of National Socialism. She collaborates with Italian and German institutes and currently works on a research project on the Nazi Euthanasia Program Aktion T4, at the Friedrich Meinecke Institute of FU Berlin.