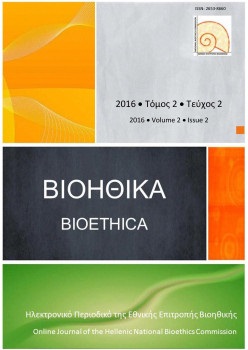 Regarding the issue of balance between environmental sustainability and the inherent ecological interventions of agricultural biotechnology, multiannual studies substantiate that loss of biodiversity, due to the use of GM crops, is globally less important than several other practices. Thus, what explains this diametrically extreme confrontation, from part of the scientific community? I presume, that the controversy is a philosophical one, and is expressed mainly by two contrasting materialistic approaches; the so called reductionist (or molecularist) view and the opposing holistic (or organismic) view, both of which, in their comparative analysis, prove, in my view, their incapability in definitely resolving such dilemmas.

The first, as an anthropocentric approach, seems unsuccessful in building any concept of ecosystem integrity on the basis of moral duty while the second, as a biocentric approach, does not take into consideration the effects in human populations, and provides limited guidance with respect to the environments in which agriculture has already replaced the natural order. Norton’s concept provides a new perspective, since it recognizes the human duty to conduct agriculture, in a manner that supports survival for the people on this planet, while simultaneously it maintains the ecological dynamics that sustain life. Based on Norton’s “weak anthropocentrism”, we can be easily led to the “convergence” of policies, through a “contextualized” hierarchy of moral choices for the issues of agricultural biotechnology.