Stavroupolis revisited: The restudy of a mountainous Greek village 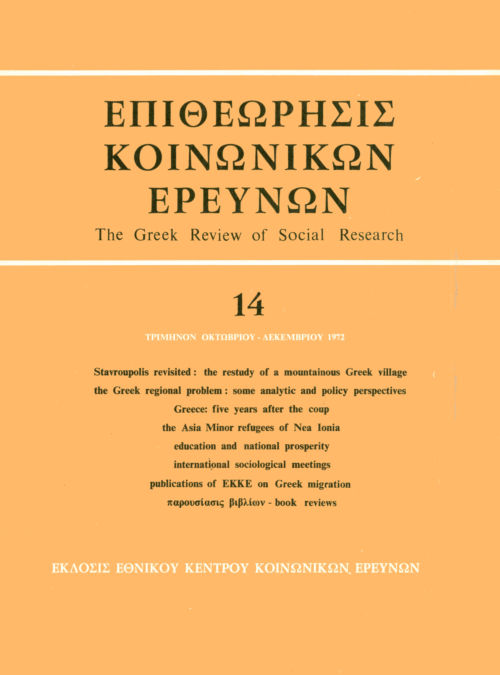 Dr. John Photiadis has been Professor of Sociology at the West
Virginia University since 1966. He received his undergraduate
education in Greece, where he obtained his Bachelor of Science
degree from the University of Salonica in 1947. Subsequently
he graduated from Cornell University, receiving his M.S. and
then his Doctorate in 1957 and 1958 respectively. He began his
academic career at South Dacota State University in 1958 and
then in 1962 was appointed Associate Professor at the University
of Minnesota. He has made a substantial contribution to the
literature of Sociology and the list of his articles which have appeared
in major journals is impressive. He has published numerous

bulletins in various learned series, he has contributed
to a reader on Rural Change in Appalachia and written an
«In-service training manual for Community Development
Agents working with Dacota Indians». He has one monograph
to his credit, W est Virginians in Their Own State and in Cleveland,
Ohio, and is in the process of wtiting another monographic
work. Between the years 1959-1968 he presented at
least one paper each year to conferences and meetings. 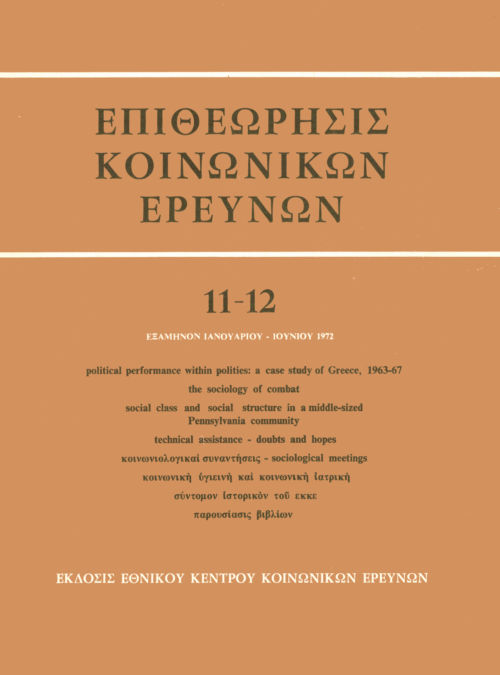