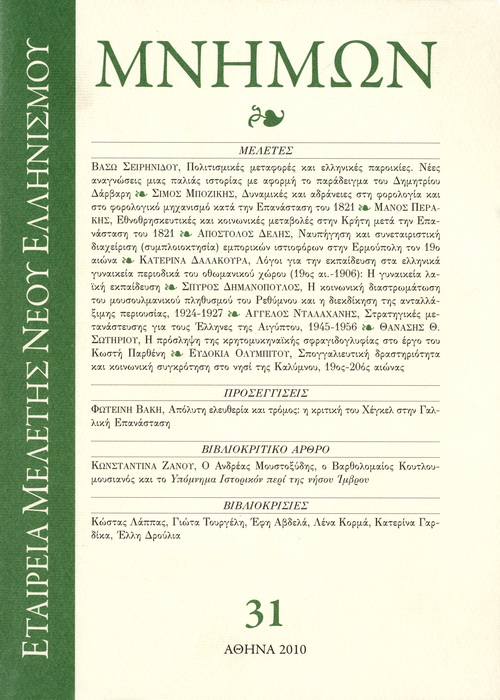 The paper is concerned with the connection between women’s publishing culture and education within the Orthodox/Greek communities (Rum Millet) of the Ottoman Empire, during the 19th century and until the 1908 Constitutional Reform. More specifically, the paper investigates how women’s discourses in periodicals negotiated women’s right to education, focusing on the changing content of ‘female popular education’, while at the same time presenting the argumentation and the philosophical traditions that underlied education and popular education claims. The study is based on three Greek women’s journals published in Istanbul, namely Kypseli (1845), Eurydice (1870-1873) and Bosporis (1899-1906) – the only ones edited by women and addressed exclusively or mostly to female readership within the entire Ottoman Empire during the period under study. The paper argues that although middle-class girls’ education was the apparent focus of the education-related debate in the journals, women’s popular education also featured in the agenda, spotlighting the dominant education discourses as highly progressive –almost radical– for the era until the 1870s. From this point in time onwards, women’s discourses appeared to be limited to just improving education quality, without venturing beyond what had up to then been achieved.