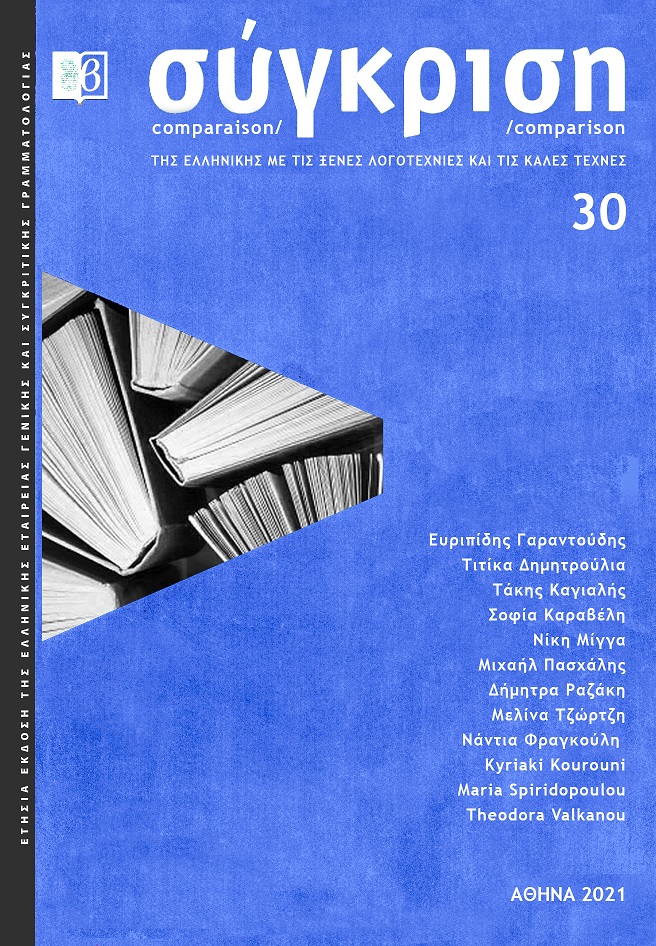 This study focuses on C. P. Cavafy’s poetic and intellectual interest in the movement of the Second Sophistic and especially in the work of Philostratus II – a major representative and historian of the sophistic movement. The paper traces Philostratus’ explicit and implicit presence in Cavafy’s work and offers a close examination of three poems (“Sculptor from Tyana”, “Maker of Wine Bowls”, and “Portrait of a Young Man of Twenty- Three Done by His Friend of the Same Age, an Amateur”), which center on sophists and rhetorical exercises, with particular attention to the uses of ekphrasis. The paper examines the emergence of a modern poetics based on the art of rhetoric, which is particularly evident in Cavafy poems that focus on ancient artists. The narrative content of these poems presents important statements on cultural creation and on the artists’ relationship with their work and with Art in general. The paper also traces the function of public art as code for the expression of private feelings and explores the use of aestheticist and decadent themes, set in antiquity, as vehicles for the manifestation of modern homosexual longings.